From ambition to result for the Docklands Ringing Centre

Tower Captain, Edmund Wratten, is now in the process of installing the simulator system. Sensors have been fitted to two bells and the cable run discreetly down to the ringing chamber. The components that have been installed so far are working and they have been learning how to operate Abel. He anticipates that the primary benefit will be in helping the ringers develop their listening skills and ability to ring by rhythm, whether that is ringing in rounds, covering behind, or change ringing. A single bell has already been used in a one-to-one session and a definite improvement, in real-world method ringing, evident because of it. The striking analysis produced by Abel enables Edmund to illustrate not just where the ringer's striking needs to be adjusted but gives a tangible way to show the subsequent improvement. Result indeed!! 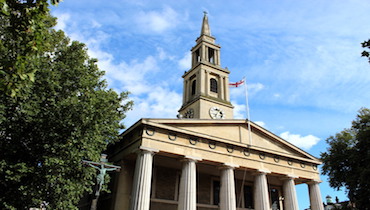 Handbells ring thanks from Lerryn School