Foundation Skills Practices for All

Have you ever left a ringing practice feeling frustrated? Perhaps your learning needs were not met or maybe you observed others whose needs weren’t met – or possibly both?

I am a relative newcomer to ringing myself.Sometimes other ringers put opportunities my way; sometimes I must actively seek out ways to bridge gaps. In ringing, as in other fields, learners don’t always know what their optimal path could or should be. And it can be frustrating watching people struggle when you can see what might be done to help.

Last November I attended an ART Module 1 bell handling course, shortly after which I was elected to the position of training officer for S & W Middlesex (the follies of attending an AGM) and I now have a growing network of supportive ringing acquaintances. So I decided to take the plunge and organise something myself.

There are plenty of newish ringers in my local area but few strong ringers to support them at regular practice nights. In January I assisted James White during three evenings of handling and foundation skills for the Ruislip band, after which I decided to arrange a special follow-on practice for these ringers in conjunction with another local band. This required careful planning. We split into groups, rotating through three sessions: worksheets and theory; a chance to ring Call Changes on hand bells; and a hands-on-ropes session in the bell chamber. Pooling the skills of ringers from both towers had several advantages: it facilitated achievement; established networking; provided experience of a new tower and bells and introduced new skills with a chance to practise these. What’s more, the feedback was very positive.

Next I decided to make the most of ART Tutor David Smith’s visit to the UK in March by organising a training session at Harrow Weald tower (a fairly easy-going ring of eight). I invited ringers with competencies at about LtR Level 1 to 2 together with helpers from their towers. In total we had nine ringers from five local towers. My hope was that the teaching techniques they experienced on the day, which help to break down learning tasks, might subsequently be included during their regular practices. I briefed David in advance about the current abilities of the ringers. He led us through good handling, bell control and Kaleidoscope exercises, all building up the skills required for Plain Hunt. We also carried out a couple of Level 1 assessments. It can be surprising how chuffed adults are when they achieve something tangible. One member of the group now proudly wears his Level 1 badge for all to see.

Again, all the feedback was positive. So my next idea was to run a follow-on session at a different tower. I selected Ruislip – home to one of my very enthusiastic attendees, new to all the others and with a much longer draft than most had experienced. I enlisted the help of Simon Head, an ART Member, who planned the session with me in advance. He was extremely supportive, allowing me to organise the afternoon whilst he ran the bits that were too much of a challenge for me. By now I had compiled targets for everyone (they suggest; I monitor) and much to the amusement of some, mine was “to verbalise whilst ringing.” So, I delegated as necessary to achieve the best outcome for the group. Not all of the original cluster were able to attend so the resulting free places were offered to others. By this time I already had a waiting list – I’m not quite sure how that happened so quickly – and I used different helpers. This was for two reasons: in part I did not wish to over-use anyone but I also wished to provide a range of help and expertise for attendees to tap into. Afterwards we enjoyed a meal for ringers and friends at a local establishment.

Once more all the feedback I received was positive. My next venture was more ambitious. I decided to organise an out-of-area excursion to Oxted where ART Member Ian Griffiths has worked hard to install six simulators. This enables six ringers either to work as a group or to ring independently each at their own work station. I carried out a reccy with Ian on a sunny day in May to plan the outing. On the day itself we began with a picnic lunch followed by a tower tour. Luckily none of the ringers who attended baulked at climbing up a rather skew-whiff ladder or suddenly announced that they suffered from vertigo whilst clinging nervously to the edge of the tower roof. In fact they all enjoyed the views and the sunshine before descending to the lower level of the belfry to receive instruction about the more technical workings of the bells and the simulator set-up. We then had two hands-on sessions interspersed by a (well received) ice cream break. We really appreciated the support of two experienced local ringers who came to help us. Intensive simulator ringing is pretty exhausting (especially on a hot day) so the band was thankful when we retired to a local pub for an evening meal. We invited the home band to join us for this before attending their regular evening practice. It was a long day, but everyone enjoyed it and progressed with their ringing.

In August I will be running a training session at Radlett – another new experience for many as it is a very light ring. This will be followed by lunch, open to family and friends too; then a more general practice at Aldenham which has a mid-weight ring of eight. Space limitations coupled with a desire not to over-dilute the teacher-to-learner ratio means that I put a limit on the number of places available at training sessions I organise. By also offering a more open practice on this occasion I can include those who are not able to participate in the first session but who will benefit from a practice providing intermediary skill exercises and methods. A couple of foundation skills practices are also planned for Ruislip in September, mostly to support the ongoing development of their band but I dare say we’ll scoop up a couple of others along the way.

My idea to provide an additional pathway for ringers to progress alongside their normal practices seems to have been favourably received. Those who attend like the exposure to teaching that breaks down the ringing challenge into smaller achievable steps. They enjoy the company and support of others at about the same stage of learning. They appreciate clear explanations from leaders who explain how to correct errors or to tackle the task that confronts them. And I can also reflect that my own skills have progressed too: to my immense surprise, only yesterday I found myself at a practice talking someone through the single in Stedman Doubles whilst I was ringing the single with them ... now how did that happen? 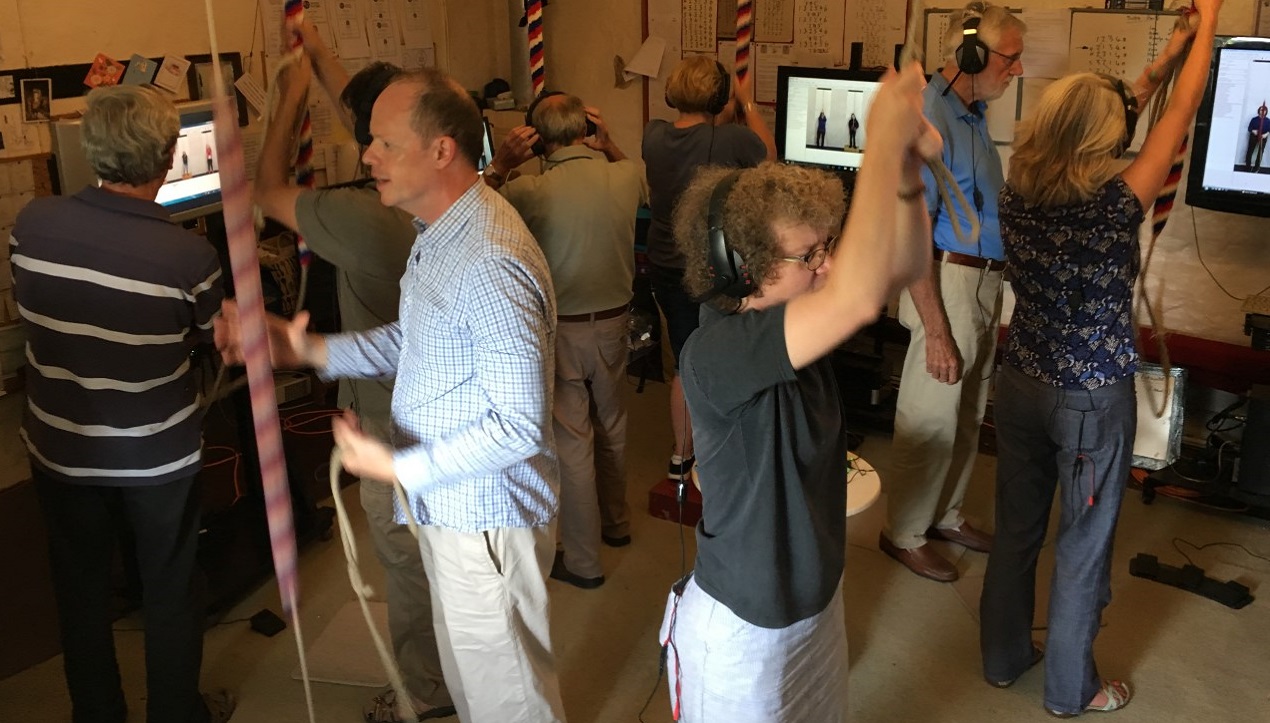