On a chilly December day, seven Lytchett ringers began their sponsored Plain Bob Doubles ring to raise funds for the bell restoration at Lytchett Matravers and also to gain experience ringing Plain Bob Doubles which they were unable to get in their own towers.

We started with trepidation but were comforted to have around six helpers each month who gave up their time to join us and stand or ring depending on what we were doing. Over the next eight months we had the privilege of ringing with 21 experienced ringers.

We rang at 22 East Dorset Towers and tasted the local cuisine at seven pubs. Coffee and biscuits were supplied by our ringers but we were grateful for refreshments offered at one of the towers we visited.

Our Grand Finale was on August 3rd when we rang at both Lytchett towers giving our supporters a rest but they did enjoy ringing something more taxing so giving US a rest! This was followed by a lunch supplied by our ringers. Sadly both towers are now only ringing 5 bells with both missing bell 5 so for the first time we had to ring Plain Bob Doubles without a tenor to lead off. We rang Plain Bob Doubles for the Sunday service at Lytchett Matravers on August 4th.

Our thanks go to Jack Pease who, with his knowledge of local towers advised which ones to ring at and which ones to avoid – being too difficult for a novice band. Jack also created our original flyer. Along with Jack, the sponsored ring was set up by Debbie Phipps, Tower Captain at Lytchett Matravers who continued to oversee the planning but each visit was organised by one of the ringers so if they were doing 50 Ringing Things they have been able to tick off one ‘thing’ in organising an outing but also to take part in a sponsored ring.

We have had great fun, forged friendships, benefitted from the experience of some of our best East Dorset ringers, improved the ringing in two East Dorset towers and raised a small amount for the bell restoration at Lytchett Matravers. The sum we have raised will fund one of the new clappers.

But it is not all over … Lytchett Minster will soon be using the same idea, focussing on a different method, Reverse Canterbury – really to give our well suffering helpers a bit of a change. They have been SO supportive and we could not have done this without them.

Our thanks go to

How Did We Progress

Cathy started having done a fair amount of theory but had not had much opportunity to practise so really benefitted from these long sessions and by the end had the confidence to ring on different bells, ring well to a plain course, can ring a touch with support, and has rung quarter peal on the Tenor and Treble.

Gordon had done very little and was really only at the Plain Hunt stage so he started off learning to cover which he managed well for the first couple of months. By April he had started to ring Bayles on and covered to a touch of Plain Bob Doubles. Sadly, he then had an injury and has been out of action for the last four months but keen to get back into it as soon as possible. He will move on to learn to treble as he will only want to ring a light bell.

Viv has been ringing for many years but never had the opportunity to ring beyond Plain Hunt. When Lytchett Matravers started teaching new ringers through the ART scheme Viv was inspired and took on learning Plain Bob Doubles. She has always been a good treble and tenor ringer but really dug in to learn an inside bell. Viv had to take some time out due to pressures of work but we hope to get her back on track in the future.

Sarah is an inspiration. Having joined our band through the Ringing Remembers initiative she picked up ringing really quickly having rung as a teenager. She started the challenge by ringing the Treble to a plain course and has been able to do this by sight and without counting places. She has been encouraged to count places and is now able to ring the Treble to a touch. She has also learnt to cover and by April was ringing Bayles. She is now ready to start Plain Bob Doubles on an inside bell and has her first quarter peal planned in the coming months.

Chrissie started the challenge being able to confidently ring a plain course and thoroughly understand the theory. She moved on to ring plain course on all the bells, followed by touches. She rings the Treble confidently and has rung her first quarter peal on the treble. She has become much more confident.

Maureen had already rung a quarter peal on the Treble and was learning to ring an inside bell. Her comfort bell was the second but she soon moved on to ring other bells. By April she was ringing touches.

Debbie had already rung a few quarter peals before the start of the challenge so had the opportunity to start to learn Plain Bob Minor and Grandsire Doubles with the experienced ringers. She moved on to learning how to call a touch as she realised if we were to achieve our goal of having a full Lytchett band ringing Plain Bob Doubles one of us would have to call it! She has called from the Treble, unaffected on the fifth and tried to call herself affected. This is still work in progress.

What Did Our Ringers Say?

“I am so grateful to Debbie for coming up with the idea, and to all our experienced ringers who gave up their time each month to help us achieve our goals. It certainly has been a very worthwhile project.” Cathy Neyland

“Though I have already completed my 50 Ringing Things I was keen to do a sponsored ring so this gave me the opportunity to do this but also to complete ringing at 50 towers. I had reached a plateau with my ringing and needed to get some extra concentrated ringing in. This proved a great way of doing it. We were going to make each outing a full day but having stopped and enjoying lunch on the first month we were exhausted as we were ‘learning’ as well as ringing so we made the decision to ring at only three towers followed by a long sociable lunch. We had such fun.” Debbie Phipps

“From a complete novice to being able to ring a plain course of Plain Bob Doubles is a journey that I feel I have been taking for many years. Over the past few months with the help of some very dedicated helpers I think I’m on my way to conquering the method. It’s been hard work, frustrating at times but completely rewarding and enjoyable. I’m so very grateful to have had the opportunity to be part of this project and greatly appreciate all the advice from our willing helpers and to Debbie for setting us the challenge!” Maureen Kirkham

“The Bob Doubles Challenge has been a great endeavour and I am so grateful to Debbie and Jack and all our helpers plus the intrepid band who have made it all possible. We have had great fun, explored new towers and bells, the Dorset countryside and country pubs and improved our skills and gained confidence and enjoyed good company. We’ve also battled through various illnesses and injuries and come through smiling. A big thank you to everyone” Chrissie Hibbitt

What Did Our Helpers Say?

“The session I was involved in showed all the ringers to be very enthusiastic and hard working. Their determination to crack Plain Bob Doubles has been admirable and I congratulate them on their individual achievements and yourself on organising and co-ordinating this marvellous project.” Jane Pridmore

“The progress you have all made makes me proud to be Ringing Master of the Branch. Always been my favourite thing to do, teaching and helping ringers grow, and it’s been a total pleasure to attend all the mornings, and to lead the teaching with Debbie.” Jack Pease 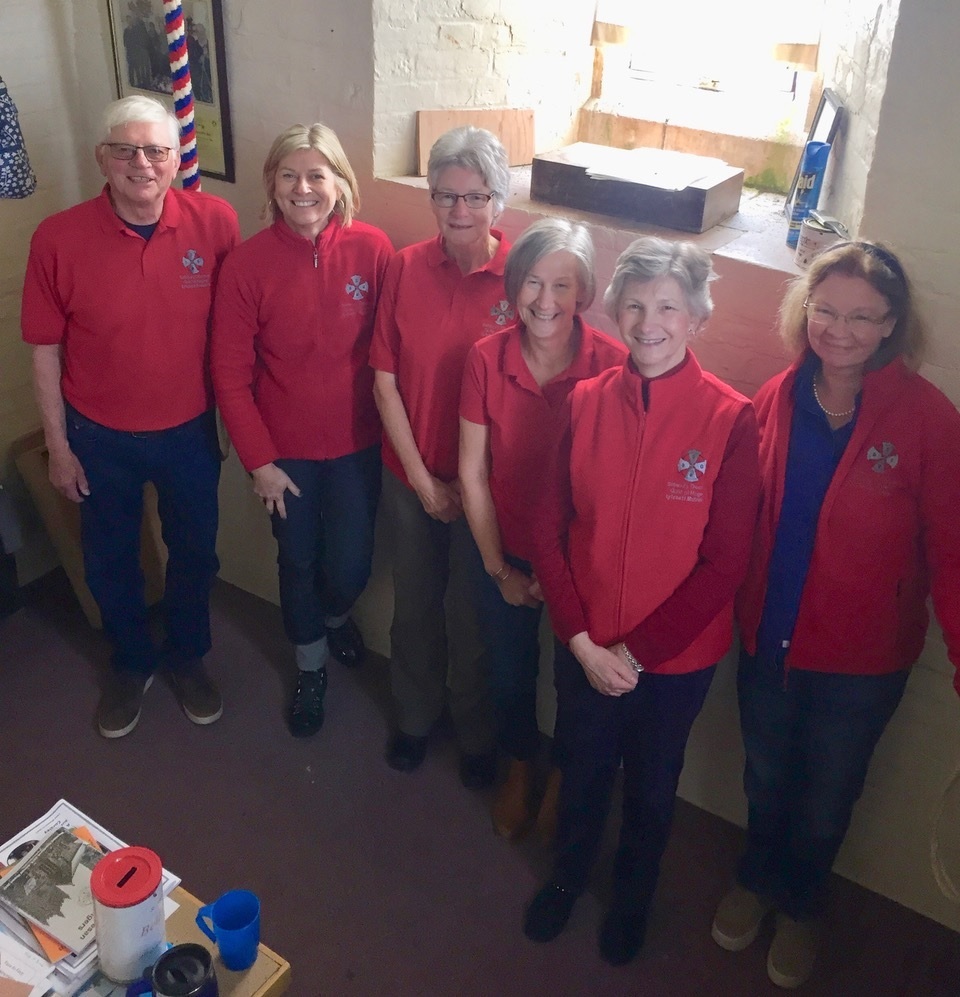 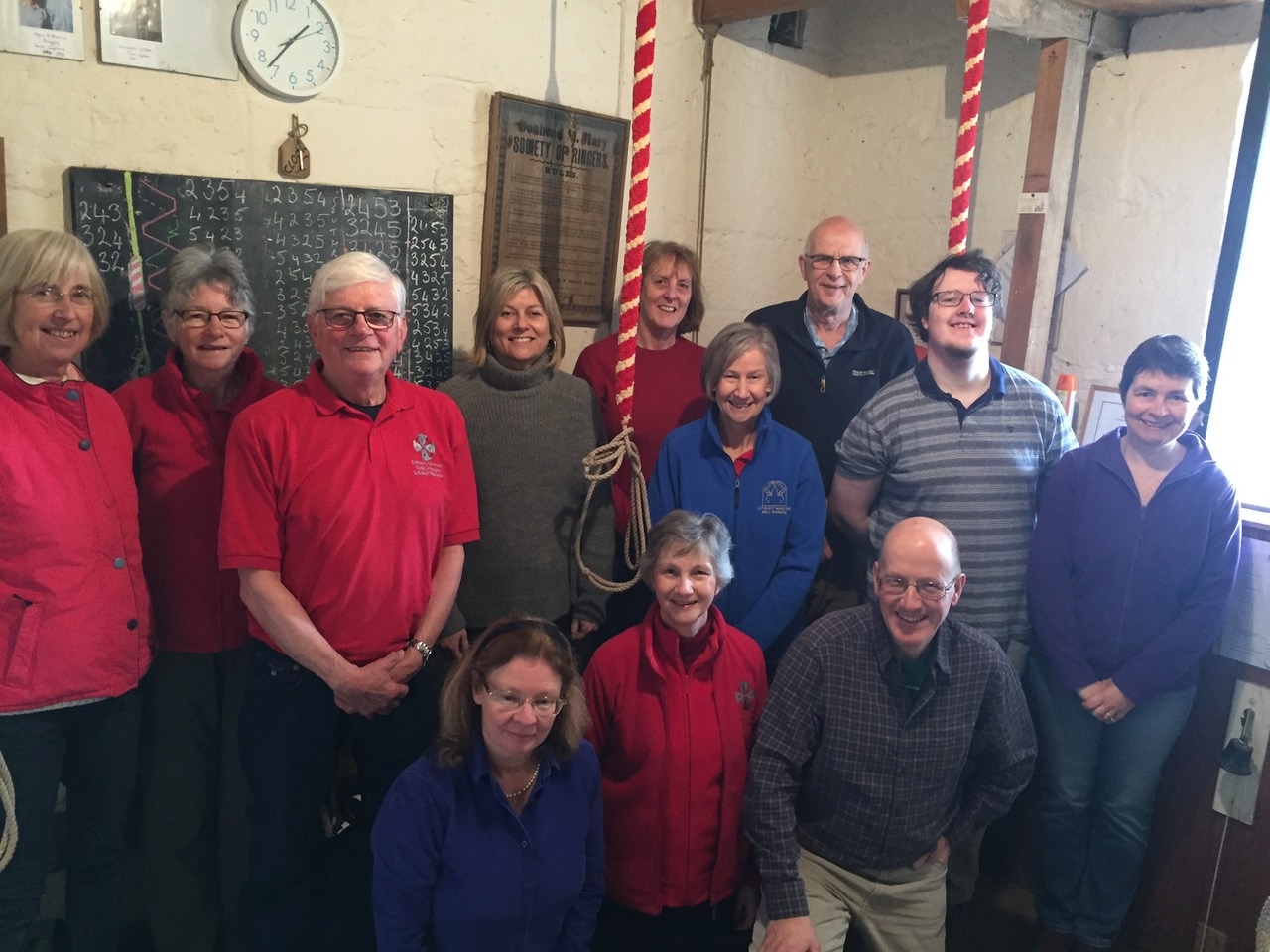 The Lytchett band plus friends