A striking competition with a difference

Striking competitions are only for experienced ringers.

This is a view held by many new or less experienced ringers but it needn’t be the case. At least that’s what the Alton and Petersfield District ringers thought.

So what could be done?

Start by answering two simple questions: What is the first thing a learner will be taught after they have learnt to handle a bell? How do methods start and finish?

So why not have a rounds-only striking competition on six bells?

The next step was to look at the rules. Should they be as strict as for our usual competitions or could they be more relaxed? It was decided that to be more beneficial they should be more relaxed. Towers should be able to enter as many teams as they liked and ringers should be able to ring in as many teams as they liked. This would mean that the less experienced could have the opportunity to ring with more experienced ringers who may come from other towers. As for the actual ringing there would be a practice of 5 minutes before the test piece of rounds that will last for no longer than four minutes. Both the “pull off” and the “stand” being scored as part of the test piece. The scoring would be based on the normal striking competition criteria.

In recent years our annual striking competition had not been particularly well attended so with this in mind we decided to extend an invitation to our neighbouring districts to join us in this new venture.

So how would ringers react? As time went by and the day rapidly approached entry numbers were steadily growing and one out-of-District tower also took up the challenge. Finally the day arrived and we had a total of 52 ringers of varying abilities forming 11 teams. The atmosphere was full of nervous excitement, anticipation and a definite sense of competitiveness. Everyone was having a great time. After all the ringing it was time to unwind and wait for the results. More friends joined us, swelling the number to between 65 and 70, for a barbecue with a raffle, outdoor games and a short ringing quiz. At the end of the evening our adjudicator gave a short critique of each teams ringing along with their score, with certificates being awarded to the top teams.

This turned out to be the best attended event that our District has held for some considerable time. It meant that everyone from real beginner up to the most experienced could take part and really feel they belonged to our “Bell Ringing Family”.

Striking competitions should be competitive and fun but in the final analysis they are there to improve striking which in turn improves ringing for all to hear. It’s also a great excuse for a party. We are now all looking forward to doing it all again in 2020. 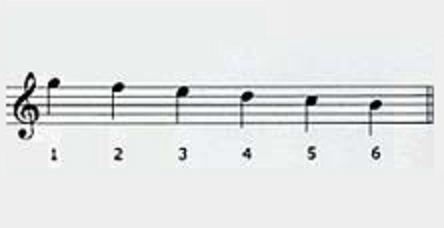