On Saturday 10th March we rolled up at St Peter and St Paul’s church in South Petherton, Somerset somewhat nervous about what the day had in store. Jane Curtis, Newnham’s tower captain, and I were there to attend an ART Module 1 Day course run by Pip Penny. Having been on the road since 7am, we welcomed the coffee and biscuits provided on arrival by the local tower captain, Rachel, who then quietly removed £5 from each of us to pay for the tower fee at this very grand church with its twelve bell tower and spacious ringing room.

As we rifled through the course pack I noticed that Pip was not only our course Tutor but also the author of the main instruction manual, the Teacher’s Guide to Learning the Ropes. The book was provided free along with a Teacher Training Logbook and a learner’s Personal Progress Logbook.

Pip was a very dynamic Tutor and used all of us at one time or another to demonstrate techniques. I am someone who puts everything into words and so I came expecting instruction on what to say to learners to explain what they have to do. But Pip comes from a background in physiotherapy where they do things differently. Where I had thought it might be essential to explain that a bell speeds up and slows down in simple harmonic motion, Pip started off by taking the rope’s end of a lowered bell and inviting her pupil to draw the sally down to get the bell swinging. Without a further word being said, as the swing increases the pupil naturally lets the rope pass through their hands taking hold lower.When their hold has reached a foot below the sally, she asks them to creep their hands back up the rope, which then gives them the added experience of checking the bell and drawing it to a standstill. This simple procedure is the first stage in learning the skills of backstroke. It was also the first insight that Pip drilled into us – teaching is primarily about facilitating the pupil to teach themselves. Wow! In just two minutes her pupil has learned for themselves what the simple harmonic motion of the bell feels like. The knowledge has been implanted through a risk-free experience. They haven’t had to follow complicated instructions, they haven’t had to fear that they might do something wrong. What a liberation!

The day was a succession of such insights. We realised that people learn in different ways - the experience described above is called kinaesthetic learning. There are also auditory and visual pathways. For example, we were taught the value of visual prompts. If a learner doesn’t respond to being told “stretch” at handstroke, the teacher raises her own arms alongside the ringer’s arms to point where they should stretch to.

The day ended with an important session on correcting common handling faults such as not following through at handstroke or allowing hands to separate as they leave the sally or moving hands up from backstroke too fast. Pip stressed the importance of not allowing ringers to repeat inaccurate handling. The solution is what she called the Whole-Part-Whole approach. Once backstroke and handstroke have been put together, you should take them apart again to work on the problems that have arisen. And you should keep doing this until they have experienced what a perfect pull feels like.

Jane and I have been helping to raise the money to restore the Newnham tower for three years now and we hope we’ll have enough money to start the work this summer and have the bells ready for the Armistice Ring-out in November. It is over 20 years since we had a band in Newnham so once the work is complete we’ll be in the business of starting a band from scratch. The Teacher accreditation, insurance and DBS checks that ART provides are keys to achieving our goal. With my ART SmART Ringer password I’ve already found several guides to recruiting and working with young people which have informed our plans. Armed with those ideas we had a meeting with our local primary school head this week and she has agreed to support a programme of tower visits, a bells project for Year Six and an out of school Bells Club.

The whole of the Newnham Bells Restoration Project has been a nervous but fascinating voyage of discovery. From a position of relative ignorance we’ve had to tackle all the hurdles involved in a project costing £150,000. The course in Somerset was one of the highlights of that voyage, giving us confidence that we can teach ringing in a way that will not only be effective but fun for those taking part. Our thanks to St Peter and St Paul’s church in South Petherton for hosting the Day course and to Pip and the ART team for the enormous about of work that went into preparing it. 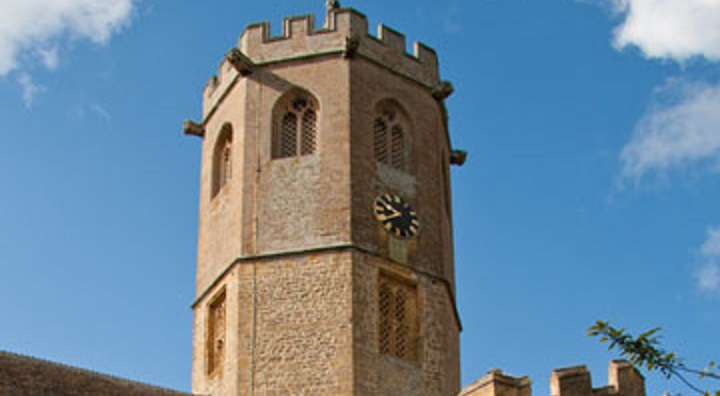