The training day took place at All Saints Church Harrow Weald. Six of us were there to be taught to be better teachers of bell handling. Some of us had already taught bell handling to new recruits but others had not. We were able to use a separate room for the theory part of the training and then use the tower bells for the practical part, which meant there was not too much sitting around.

Although quite intensive training, the areas of bell handling teaching were broken down into smaller chunks, each followed by a practical demo, followed in turn by a chance to practice ourselves. Back stroke and hand stroke were dealt with separately and then put together in a further session.

Role play was used, taking it in turns to be either tutor or new recruit. We were encouraged to use single key words to instantly inform the new recruit of handling faults, such as ‘golf’ to remind them to follow through at the bottom of the backstroke and to resolve the handling fault as quickly as possible.

The teaching technique for ringing up and down was new to me and seemed an excellent way to allow the new recruit to learn gradually and safely. All areas of training emphasised safety.

The accreditation process was explained with a flow chart whereby at least one new recruit has to be trained and this training has to be mentored by an appointed mentor, then assessed by an ART Assessor.

At the end of the day’s training, we were given a full pack of guidance notes, flow charts and hand book, together with a ringer’s personal progress logbook for the new recruit. Additionally there were options for further training within the Association of Ringing Teachers.

I have personally taught several ringers rope handling, but I enjoyed the course and found it useful. If I have a new recruit soon I may wish to go on towards accreditation. 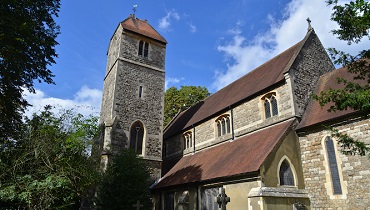 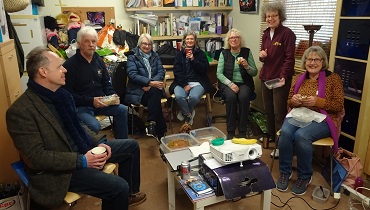