Having attended the ITTS Module 1 Day Course, I think I have found an answer to the question that has been simmering in my mind ever since I became aware of the scheme. Namely, how is it different to become a bell ringing teacher through this route, than through the traditional route?

Talking to the experienced teachers in my own band, they gained their skills by informal apprenticeship to older teachers, starting pretty much with their own memories of learning to handle a bell. They picked up the various exercises they use by observation, and the manner of talking to pupils pretty much by osmosis. They are teaching well and their learners are making good progress. As I attend all our tower’s learners’ practices (currently twice weekly) I was already experiencing the osmosis and already knew that the skill of ringing a bell is broken down into handstroke and backstroke, before putting the two together. This, I would imagine, is universal.

Had I the luxury of another twenty years in which to absorb the good practice around me, I could aspire to being as good as them, one day. Unfortunately, I have come to ringing late and find myself embarking on the road towards teaching at the age of 50.

The Module 1 Day Course takes a far more intensive, more structured approach to teaching bellringing. After the first theory session, we climbed up the tower and were put into groups of teacher/mentor/guineapig (ie trainee teacher, the mentor they have brought with them and who will guide them through the scheme, and a ringer pretending that they had never touched a rope before).

Our ITTS Tutor, Les Boyce, explained that we were going to ring the bell WITH the guinea pig, sharing the work of controlling the bell. I had a moment of absolute blankness – despite having watched other teachers do this in our tower, I had no idea how to get the ball rolling. Here the strength of the course shines through – first, the tutor explained and demonstrated what he meant with a guinea-pig, and then we did the explain/demonstrate/do it cycle with our guineapigs. Meanwhile the mentors observed and gave us constructive feedback on things we had forgotten, or sneaky faults that the guineapigs were trying to get away with unnoticed. (Entertainment throughout the day was provided by the guineapigs’ most excellent acting skills and ingenuity).

So the first, crucial difference for me in training via the ITTS was that this terrifying moment, when the new learner could potentially get a rope wrapped around me, was first played out in a completely safe, supported environment. It is quite difficult to share a rope, and work out a fluent co-ringing style and even where to stand, but so much easier when all parties can already handle a bell. My mentor tells me that the first pull off with a brand new learner is always somewhat frightening, but at least I have a rough feeling of what to do now!

The second difference has dawned on me after the day, back in the tower during our normal weekly practice night.

My mental picture of ringing before was “handstroke+backstroke = ringing”. As I observed everyone ringing, I felt I had a totally new perspective – that there is just SO much more going on. Where is the ringer catching the sally? How high up is she reaching? How high is the bell going on this stroke? Is it dropping back too soon? Is it tipping over the balance so the ringer has to pull uncomfortably hard to get it back in time for the next stroke? Is she pulling right through on handstroke and backstroke? When does she let go? When does her free hand take hold of the tail again? How is she adjusting (when ringing a method) between ringing slow and quick?

I believe this detailed analysis of what makes up bell ringing is at the heart of the ITTS philosophy. I have certainly not been handed a magic wand that will enable me to teach someone to ring, super-fast, with a perfect style (that would have been nice, of course, but teaching and learning generally has no such magic solutions). However, faced with a learner who is striving for better bell control, I at least have a sense of where I might start, some exercise which might enable them to disentangle one dimension of their movements, focus on it, improve it, then incorporate it into what would hopefully be a more effective style.

Watching the band ringing last night, there were of course a number of ringers present who have a really enviably good style. No effort is wasted, they make it look really easy. Their movements are text-book perfect, fluent, and always result in the note sounding at the moment that they intended. I would not count myself among that number yet – I am well aware that I give my rope the odd heave to make up for a previous error of judgement – but I do feel equipped to support some of our learners, step by step, along the road.

The third difference in philosophy between my pre- and post-Module 1 day, is a change in my view of the importance of ringing style.

I have been a helper at a number of our Guild’s training courses and have seen teachers intervene with a faulty style (very tactfully and effectively, I might add). I then observed exactly the same “fault” in an excellent ringer, and I was confused – do these faults matter or not, if they can accompany some people throughout a distinguished ringing career?

My conclusion now is that yes, they do matter. If style is faulty then the striking may well suffer for a long time, even if, in the end, the ringer is able to work around it and ring with fluency plus a fault. In the meantime, they are ringing with faults both to the careful observer watching, and to the careful observer listening. There are some rare towers in the country where the “Sunday Band” is hand-picked and the striking is a joy to hear. For the rest of us, the Sunday band is a mixture of novices and, if we are lucky, confident experienced ringers. (For some of us, in reality, it’s novices and other novices!). The novices may be limited to rounds and call changes, but it is surely preferable for them to be handling their bell as accurately and confidently as they can, to produce the best sound.

I am now embarking on the hard work of accreditation, which may take up to two years. But that too is broken down into digestible pieces. As an apprentice, I might have worked alongside our two experienced teachers for a couple of years, gradually joined in, and then eventually have taken the step of running a course unaided. But using this scheme, I am now clear what small skills I need to teach, and see how these will build up together, into a jigsaw puzzle that makes a confident, fluent bell ringer. One day, hopefully, I will be a fluent teacher, but meanwhile at least I can be confident that I will be positively useful, in small ways, in our large band, which currently has 6 learners at the bell handling stage. 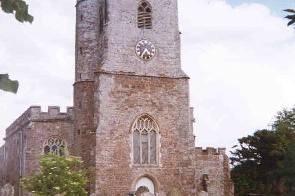