Not even a dismal October morning and a cold church could prevent Graham Nabb from inspiring and enthusing a group of slightly apprehensive would-be teachers!

There are three churches with bells in Darlington, only one of which has a regular Sunday service band. To put this right, we plan to establish a teaching hub based at the lovely light 6 (6 ¾ cwt) at Holy Trinity. But first things first – more teachers are needed. There are several ART accredited teachers/mentors in the area, but if ringing is to become sustainable in the longer term, there need to be more. As Graham explained, so often in the past teaching has tended to be done by a small number of people, but there is no reason why it needs to be that way.

Six Local ringers were joined by Gill and Bridget, who had travelled considerable distances. In typical ART fashion, the course was well organised, all the IT behaved and proceedings started promptly.

The mixture of theory and practical sessions was well balanced but there was still a lot to get through and much to learn. The DVDs and books provide a wealth of information, but there is nothing like seeing it being done and trying it out on others. That then makes the written materials more helpful, as we were able to relate what the book says to how it was done on the day.

All of the ‘students’ agreed that some of the techniques being shown were so obvious, that it was difficult to see why we had not thought of them before, such as making sure at first that the bell is kept well below the balance point to help the learner to get a really good feel for having tension in the rope as well as avoiding bumping the stay. One of the most valuable aspects was the way in which the ART approach breaks the teaching into small parts, adding the parts together carefully and incrementally so that the learner is encouraged to get each stage firmly embedded before going on to the next one and, if necessary, repeating exercises or trying new ones to embed good style. In all of this, an important message is that it has to be fun. Graham also made it crystal clear that safeguarding is critical, and gave some very helpful tips here, such as if it is appropriate to video someone ringing to demonstrate a point, do it on their phone – simple, but effective.

As experienced ringers, it is difficult to remember what it is like to be in the shoes of a learner, but Graham had a technique for that: ‘catch hold for rounds’ he said, ‘now swap your hands round’. Judging by the groans of protest he received, that certainly made the point.

Fortunately the church warmed up as the day went along, once the heating was switched on. Lunch was ably provided by Jenny Jackson, who demonstrated her own problem solving skills when she realised that the church has no facilities for heating up her lovely homemade soup!

Everyone agreed that they had learnt a great deal, and that they felt they now had the tools to give it a go. The key now is to harness that enthusiasm and get some teaching done. 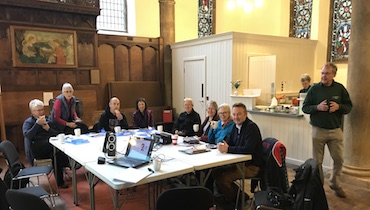 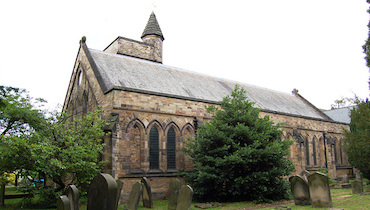