This year's Australian and New Zealand Association of Bellringers (ANZAB) festival was a particularly successful one, and included numerous bonus events held outside the three-day long weekend, among which were ART Module 1 and Module 2C Day Courses. These were held on the Thursday and Friday June 7th and 8th, immediately before the festival weekend. Each had about a dozen attendees, with the vast majority able to attend both days; these included ringers from New Zealand and Perth, as well as those with not quite so far to travel (Yass, Katoomba, Lithgow, Albury) and quite a few Melbourne locals.

I would particularly like to thank Jos Sloan, who travelled from Perth to act as co-tutor and to run the Module 1. The courses also benefitted enormously from having participants with a very wide range of teaching experience. As usual the feedback from the most experienced of the teachers was mild surprise that the ART Modules were much less prescriptive than they had feared, and that they had got a lot from them. But of course they also contributed a great deal, both with comments and discussion in the theory session, and during the practicals. It was particularly useful during the Module 1 practicals to be able to have one experienced teacher and one comparative newcomer to teaching on each rope. It was this mix of attendees that made these Modules perhaps the most successful we have run in Australia, with a large number of 10/10 scores from the feedback forms. 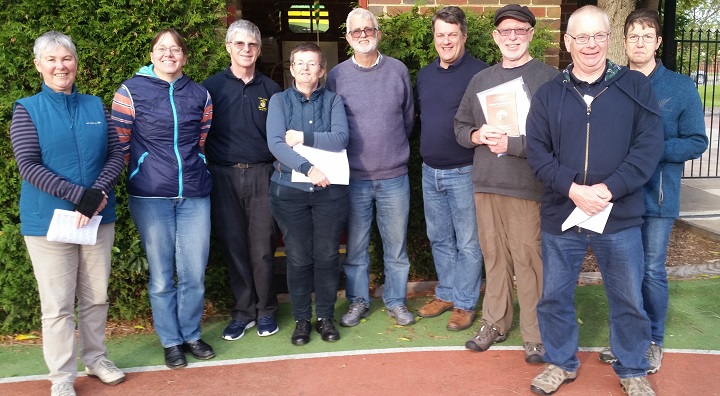 Module 2C was held at St Pius in West Heidelberg. This is not the easiest tower to reach by public transport, and those with cars were very helpful ferrying those without. The 8-bell tower is in a church school, and it is not the most spacious of ringing chambers so we were very fortunate that the school was so welcoming, and let us use one of their halls for the theory sessions and for meal breaks. It was also good to have quite a few school-children come and see what was going on during their morning and afternoon recess - perhaps some future ringers among them. As always the children were very interested, cooperative and well-behaved - St Pius really is an excellent school.

Module 1 was held in the ringing chamber of the 12-bell St Paul's cathedral - a much bigger chamber so that we could hold both theory and practical sessions there. Many thanks to the Dean for allowing this use of the facilities, and for the cathedral's hospitality generally during all the festival. Thanks also to Sue Pacey and the team which organised the festival for deciding to include these ART Day Courses and helping to arrange them. 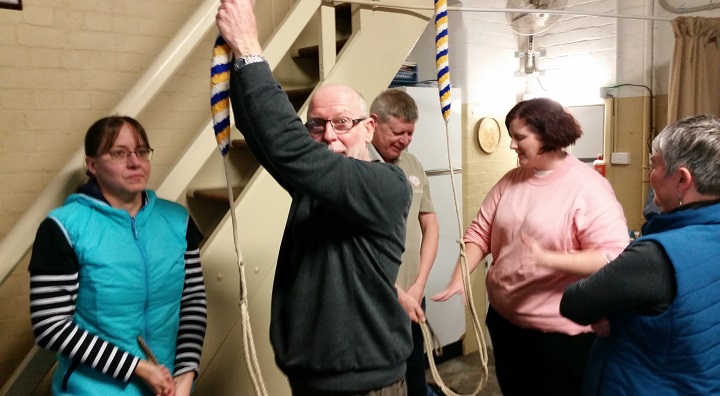