From Twinkle Twinkle to the Flying Dutchman – a musical masterpiece or a Module 2C course with ART!

Saturday the 30th September saw the first Module 2C course within Lincolnshire. Initially this was planned to be held at Wragby near Lincoln but due to building work, this had to move, and we thanked Ian Ansell for allowing us to visit St Peter and Paul, Kirton in Holland. Kirton are a 18cwt set of 8 near Boston Lincolnshire.

An early start for all of us as the course started at 9.30, there were 10 of us on the course. One from Hertfordshire, four Eastern Branch members of the LDGCBR and five Central Branch members of the LDGCBR. So, we can say it was a Lincolnshire majority. This is encouraging due to the variety of towers the ringers covered, from Alford, Butterwick, Washingborough, Nettleham, Lincoln and Wragby. The Tutor was a lady called Gill Hughes from Derbyshire.

The first thing we did was explore the ways we call changes: do you call them up? Do you call them down? Or do you call them by place? We took it in turns to be the teacher, I called them using place rather than my normal way. This raised an interesting point that Gill Hughes the tutor mentioned. She found that her more experienced ringers occasionally found this way the most challenging, as you have to think what place are you in rather than knowing the bell number. We also had a go at Twinkle Twinkle Little Star ...

We then had a go at kaleidoscope ringing – finishing with the ‘Mexican Wave’ this is where each place does a piece of work and it is taken in turns. I had never used this before but actually it was really fun and also made you watch as it could repeat as many times as the treble wanted. This example was done using places, but you could do something similar with any other pieces of work such as dodging or making cats ears.

We then looked at a variety of other methods: the first was ‘Bastow’ or ‘Bistow’ (name wasn’t 100% sure) which made the treble plain hunt up to 2 and back this meant that the person covering only had a limited number of bells to look out for. And the person learning to treble only had to think about 2 places. Then we had a go at ‘Cloister doubles’ the person/people (depending on which version you do) only have to focus on 3 bells and the other bells do the back work of Stedman. Other methods we used were ‘Penultimate Doubles’ this is where the treble only hunted up to 4ths place but the other 4 bells were hunting up to 5ths place and if they were over the treble at the back, they made 4 blows. Another way to practise the hunting up to 4ths place (if you have the band for it) is Little Bob Minor. The next method we used was called ‘The Flying Dutchman’ this is plain hunt with a twist … the 3rd instead of going out like normal for plain hunt actually makes 3rds (like in Grandsire) and the only way it can end is by calling stand as it will never come round.

Another method was a variation on Plain Bob Doubles, it was a call ‘Go Bayles’ which when called means you repeat a set piece of work until Plain is called. Another one which was a variation that I had never rung before called ‘Original’. This is Plain Hunt on 6 but when a bob is called, you do the bobs of Plain Bob Minor … it was quite fun to ring (we were ringing the back 6 and I had chosen that point to ring the tenor (after changing the sound on the simulator to make it sound like a 2-ton peal of bells).

It was interesting to see how people changed their ringing depending on the sound they heard…. I thoroughly enjoyed the course and would recommend others to attend in the future. The Module 1 and Module 2 courses I have attended have given me the confidence that I lacked when teaching others to do the hobby I love. And I now am not looking back, I enjoy teaching people by giving something back to those who taught me. 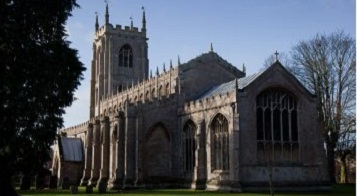