I recently attended this 3-hour course which was hosted by All Saints' Church in Marsworth, Bucks and taught by Graham Nabb from ART. I was one of the seven participants, all of whom had varying ringing ability. Some did have limited conducting experience, but no formal training. The course was divided into both theory and practical components.

The more experienced ringers were better able to begin to combine the task of both steadily ringing the method and assuming the conductor’s role. Personally I found it difficult to be able to multi-task and do both things satisfactorily! Some of us also struggled to accurately call the bobs in exactly the right place.

I found the theoretic groundwork very helpful though. It allowed me to start to appreciate and understand what is involved when you: call another ringer unaffected; when bobs are actually called and the ‘In/Out/Make’ formula variations.

The responsibilities of the conductor were also highlighted – speaking loudly enough for folks to hear, to be confident in your calling decisions and to know when the quality of the ringing is such that it is time to call ‘go rounds’. Graham’s analogy of comparing a ringing conductor to the captain of the doomed Titanic spoke volumes!

Putting into practice what we covered in the course is obviously essential and it was recommended that we follow up both individually - practising on our bell ringing apps - as well as having dedicated ringing practice sessions for the course attendees. The goal is that we will all eventually call a quarter peal of Plain Bob Doubles! 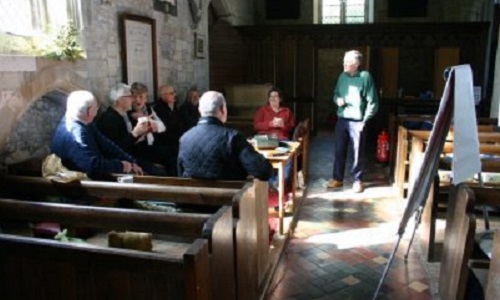 » What is a Calling Bob Doubles Workshop?