Coursing, being wrong and at home have always been something I have kept well away from in the past, being a ringer of very little brain. But last Saturday I decided I needed to know more about this conducting art. So having been on the Calling Bob Doubles workshop, (which you really should do first) we embarked on the Conducting Bob Minor Workshop at Welford.

I had understood how to call Bob Doubles after the first workshop, and except for being told I did not shout loud enough seemed to cope well enough. Under the leadership of Nick Brett we were carefully take through the calling positions, “trivial” compositions and how to make yourself the observation bell. After all there is enough to think about calling bobs without having to actually make the bob, but more of that came later. There was time for plenty of practice with everyone having an opportunity to call a touch with lots of helpful advice and support from the Brett family in particular and the others on the course in general.

Tea and cake fortified us for more theory and more compositions, more practice, more explanation and more theory on what all the touches written in the Ringing World Diary mean. We came away with lots of handouts, lots of homework to be done, but a much better idea on what this conducting lark is all about. I don’t expect I personally will be calling ¼ peals any day soon, but am certainly more confident about calling a touch at practice night now. Thank you so much Nick for an enjoyable afternoon with lots and lots to think about. I now have a better idea on what I know and what I need to know to get this conducting lark sorted out.

Respect to all those out there who can ring and call a touch or ¼ peal regardless of if they can keep other right at the same time, I now know the theory of how they do it, just don’t ask me to do it any time soon! 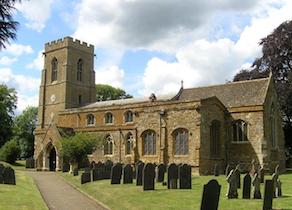