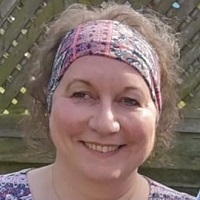 Monica started ringing in 2017, having been inspired to have a go at ringing by the Ringing Remembers recruitment campaign, which struck a chord as two of her great-uncles were bellringers killed in WW1. She was hooked from day one and quickly worked her way through the Learning the Ropes scheme, achieving her first quarter peal less than a year later and completing the scheme in just under two years from her first lesson. She also attended the ART M1 day course in March 2022 and is now beginning to take her first steps into teaching bell handling.

Monica has undertaken a number of voluntary roles related to bellringing, including administrator for the LtR’s Facebook group, Secretary for the LACR Fylde Branch and the Lancashire Lads & Lasses group and Treasurer for the new North West Ringing Course.She is also Tower Secretary at her home tower (St. Anne’s-on-the-Sea, Lancashire) where, together with the Tower Captain, she is playing a lead role in fundraising for the project to rehang and augment the bells in 2023.

After university, Monica spent 18 years working in the public and private sector in the IT industry, initially in technical roles, but quickly progressed to project and programme management roles, gaining an MBA along the way. After taking 4 years out when her children were small, Monica has worked in schools for the past 10 years, latterly as a secondary school Bursar. She is keen to use all the transferable skills she brings with her to benefit ART in her new role. 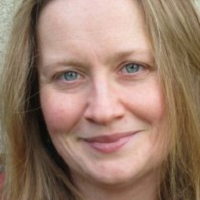 Rose Nightingale is the main point of contact for all enquiries regarding ART and Learning the Ropes.

Rose is a Full Member of the Association of Ringing Teachers, having completed both modules, meaning that she has an excellent understanding of the ART Training Scheme as well as the Learning the Ropes Scheme for ringers, which she continues to use with the successful new band at Marsworth, Buckinghamshire. Her enthusiasm and direct experience of successfully using the schemes are perfect qualities for this role.

The administrative workload involved in delivering ART and Learning the Ropes across the UK and abroad is very large. The number of day courses run each year averages one a week; resulting in well over 400 new ringers being registered on Learning the Ropes annually and over 550 achievement certificates being issued. 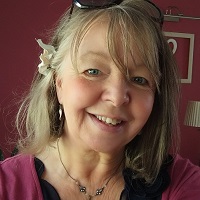 Denise Tremain is responsible for workshop and website administration together with resources for Ringers, Teachers, Tutors and Workshop Leaders.

Denise learned to ring at St Columb Major, Cornwall, in the early 1980s where she remains a member of the band.

Since giving up full-time employment she is now more actively ringing with local groups, and in support of her husband Phil – a full ART Member – in providing training with an emphasis on improving bell handling and striking. Together with her local band she actively takes part in competition ringing.

Denise brings to the role over 25 years of administrative experience within the primary education sector.

She enjoys walking, gardening and a whole host of creative activities.