Having graduated with a degree in chemistry and picking up a PhD, Lesley spent 20 years working for BP in a number of commercial and technical roles covering the UK, Europe and the USA. Specialising in project and programme management Lesley is a qualified six-sigma black belt. She brings to ART a set of techniques and tools including process improvement, process design, strategy and change management.

Lesley comes from a ringing family; being taught by her grandfather as a youngster and ringing with her mother at Earl Shilton in Leicestershire. On moving away from home, Lesley rang with both the Durham University and the London University Society of Change Ringers, where she went on to be the society Treasurer and then Ringing Master. Lesley rang extensively in London on both tower and hand bells before leaving to work in the bell ringing wildness of France. This was the start of a twenty year break from ringing. She was attracted back to ringing after hearing a peal being rung in her (normally silent) local tower and now rings at Hanslope and Wicken. Within six months she found herself co-opted and elected to be a Ringing Deanery Leader of the North Buck Branch of the ODG; a role she held for three years. She is a member of the ODG Education Committee.

Lesley has been a member of the ART Management Committee for four years. Before becoming ART Chair, she was accountable for ART Operations, Communications and more recently IT. 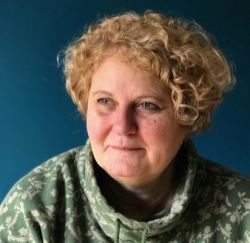 Sue has been ringing since 2010 following an appeal in the local parish magazine. Four years later she was appointed Southern District Secretary of the Surrey Association, taking care of the membership records and preparing the accounts and annual report entries. Soon after she became tower captain of her local tower, St Margaret, Ockley.

Sue qualified as a chartered accountant in the 1980’s but gave it all up a few years later due to family commitments and now lives on a smallholding, gardening on a large scale as well as running a walking group and acting as treasurer to a local charity.

Sue has been associated with ART since attending Module 1 in October 2015 and is currently awaiting accreditation for Module 2. 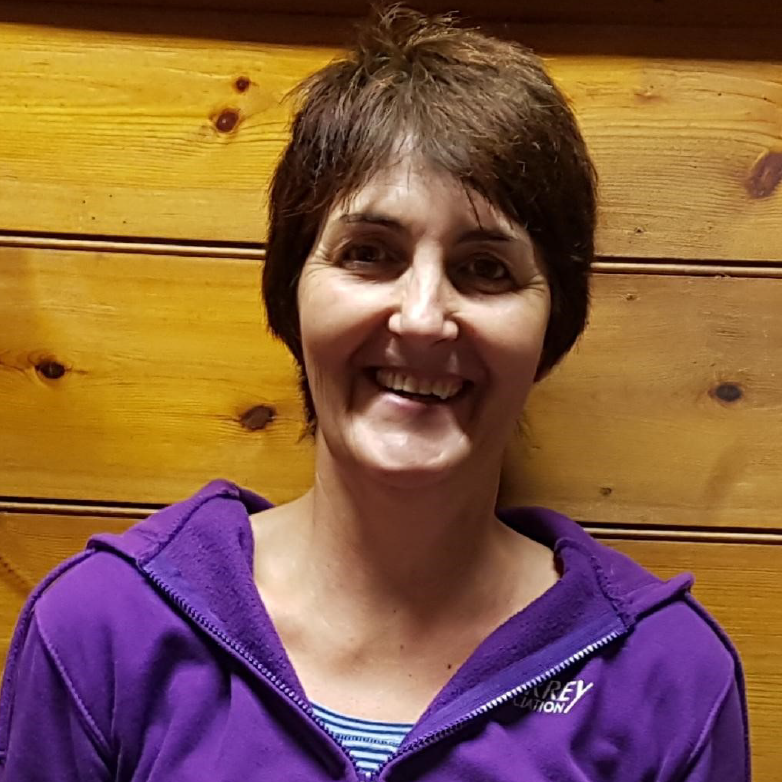 Annie grew up in a family where it was ringing on a Friday evening and a rugby match on Wednesday and so was set the pattern and passions of her life. She learnt to ring in Leicester and has spent time ringing in Staffordshire, Kent and Dorset. Currently she rings in Warwick, where the band ring at both towers.

Following a career in HR, Annie is now retired and spends much of her time with her family and helping with grandchildren. She is General Secretary of the Coventry Guild, a member of the Central Council and has been a member of ART since it’s inception.

Enjoying ringing and feeling part of a team are important for Annie and reflect the values she brings to her role on the ART committee. 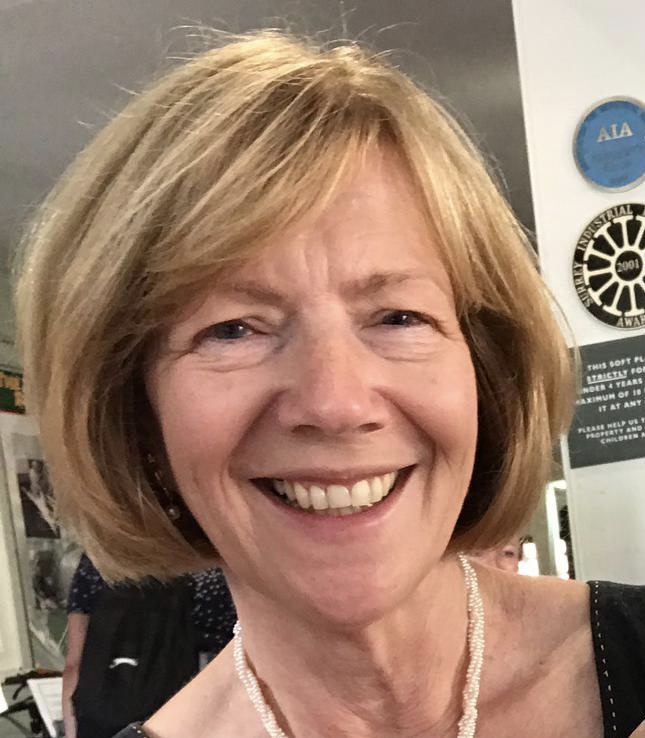 Taught to ring in Gloucestershire as a teenager, and now living and ringing in Hampshire after spending 40 years in London, Roger has held various posts on committees and as an officer within local ringing societies including Master of the London County Association. For a long time Roger was a member of the Central Council of Church Bell Ringers and served on its Ringing Centres, Towers & Belfries, Redundant Bells and Administrative Committees.

As a Chartered Surveyor, Roger combined his professional career with pleasure and played a leading role in major bell restoration projects at Bermondsey. Isle of Dogs, Limehouse, Rotherhithe and Walworth, as well as many smaller projects, and the transfer of redundant rings of bells from St Stephen Ealing to Aberdeen Cathedral and Homerton to Stone next to Dartford.

To help ensure there were adequate numbers of ringers to ring these restored bells, Roger turned his attention to issues of recruitment and training. Roger was a founder member of the Docklands Ringing Centre and Director of the former Ringing Foundation, which led to the establishment of ART. He was also a member of the review group (CRAG) which led to the current reforms of the Central Council.

Roger is currently a member of the ART Management Committee and an ART Tutor. He is also the owner of the Charmborough Ring and particularly interested in new initiatives to ensure that systems are in place to adequately follow up new ringers, and maximise retention, as well making more effective use of trainers through the use of simulators. 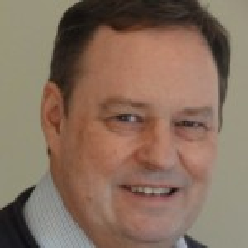 Lesley is Tower Captain of Swaffham Bulbeck, a tower of 8 bells, near Cambridge and has been ringing since she was a teenager. Although Lesley has rung all sorts over the years ranging from Doubles to Surprise Maximus, SHE SAYS THAT one of the most fulfilling things she has done is to teach people.

Lesley has been an ART tutor for a few years now and has had the pleasure of introducing many people to the structured ART approach - no matter how experienced people have been at teaching handling when attending her courses, there has always been some very useful tips they have been able to take away with them, and ultimately some learner has benefited, giving Lesley so much satisfaction. 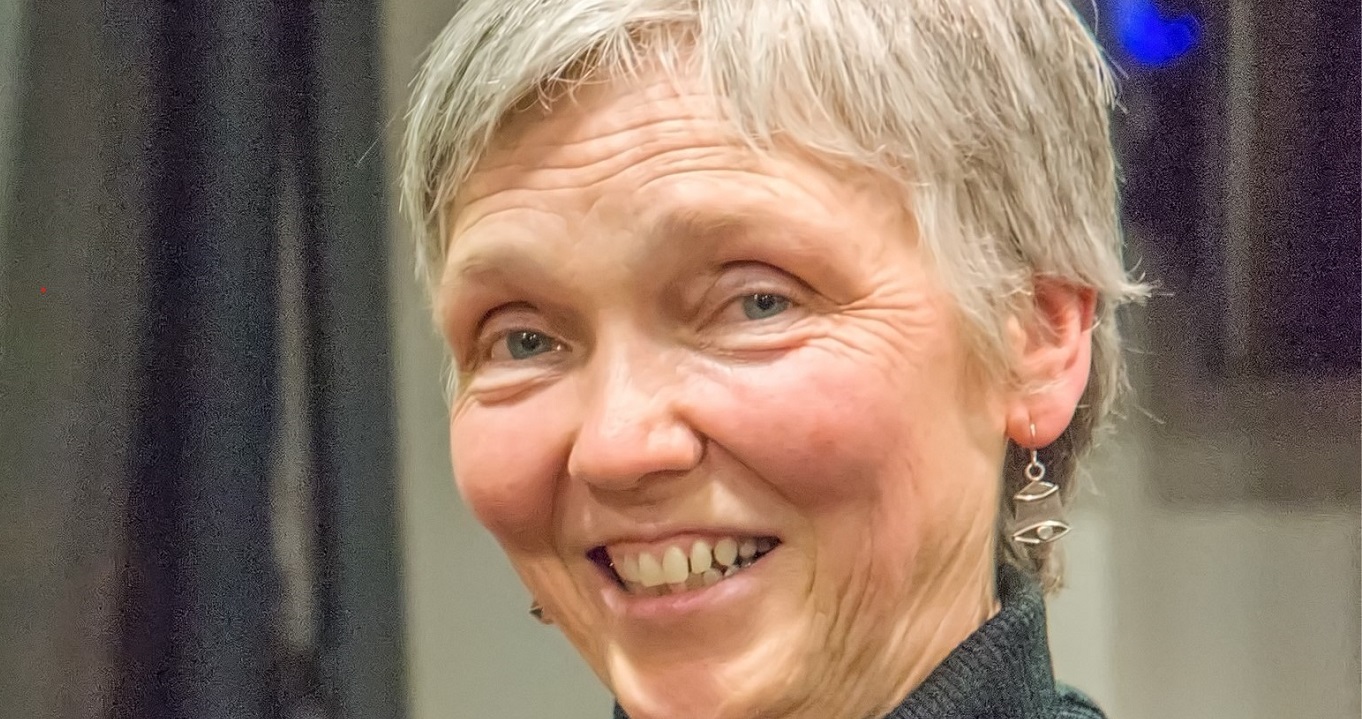 Matt started ringing in Walsall as a teenager in the mid 1980’s when a school friend persuaded him to have a go. Although he has been ringing for over 30 years it is only since moving to Lilleshall, Shropshire in 2013 that he started (out of necessity) teaching people to ring. Building and developing the band at Lilleshall resulted in a particular interest in recruitment and retention.

Matt is currently the recruitment and retention lead for CCCBR’s Volunteer and Leadership Group and has helped develop the Recruitment and Retention Workshop in partnership with ART. He is also a member of the ART/CCCBR Survival and Recovery steering group. 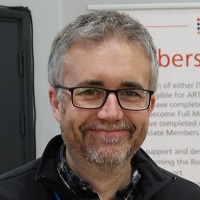 Like many ringers of a certain age Paul was a teenage starter - part of a completely novice young band brought together in 1977 by a newly installed rector to provide ringing at a near silent tower. This was at Pontesbury in mid-Shropshire, top end of the Hereford Diocesan Guild territory, and there he stayed (not making much progress) until a move to the University College of Wales in Aberystwyth. Paul initially didn't ring at the single available tower in the locality (Llanbadarn Fawr) for fear that the student band would be too 'high-powered'! However, he eventually plucked up courage and needn't have been worried. This was really the start of his ringing commitment which has accompanied life ever since and a return back to Shropshire over 30 years ago.

Paul’s home tower is Edgmond, in the Shropshire Association territory, but he still retains links to the Hereford DG through ringing regularly at Much Wenlock. He is a committed member of the Welsh Colleges' Society and is proud to be a member of the Cumberlands too. Paul had a period of eleven years as the Hereford DG's Education Officer and places ringing training, teaching and education in his list of ringing priorities alongside local ringing commitments.

Residential ringing courses have been a mainstay of Paul’s ringing life and he has enjoyed student, helper and tutor roles at the Keele, Whirlow and Hereford Ringing Courses over many years. As a university senior lecturer, education, teaching and training are uppermost too in his professional work life – he has a passion about learning development, knowledge transfer and student engagement and is keen to bring these skills to ringing progression through ART and its work. 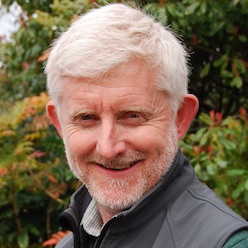 Clare learned to ring, aged 12, in the 1970s at Harborne in Birmingham and has rung there ever since. From a young age she began helping with teaching there, but it wasn’t until much later, when she became Tower Captain at Harborne, that she really developed her teaching skills.

In 2013 Clare came up with the crazy idea of a bell ringing school to centralise training in Birmingham and spread the load and responsibility of teaching, thereby supporting towers without teachers and distributing new ringers to towers within the St Martin’s Guild. Having presented the idea, she was surprised, but extremely grateful, that it was immediately supported by key figures in the Guild and thus the Birmingham School of Bell Ringing was born.

Involvement with ART came about in 2012, when one of the ringers at Harborne asked Clare to mentor her through Module 1 of the teaching course. Having attended the course and mentored several teachers Care became an ART Assessor and subsequently, in 2017, a Tutor for ART. 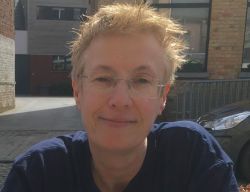 David learned to ring at St Michael's Kirby-le-Soken at the age of 10. He was introduced to handbell ringing during his university studies at Imperial College, London by the late, great Roger Bailey and also given the opportunity to ring on 10 and 12 bells as part of the University of London band. After university, 12 bell ringing continued under the guidance of George Pipe at St Mary-le-Tower, Ipswich. David served as Tower Captain at Kirby-le-Soken from 1985 - 1997. He is a past Master and and a Life Vice President of the Essex Association of Change Ringers and has been a regular tutor on the annual Essex Ringing Course since its foundation in 1991. In addition he has run a number of District and Association Training events over the years. He was appointed as an ART Tutor in April 2019. 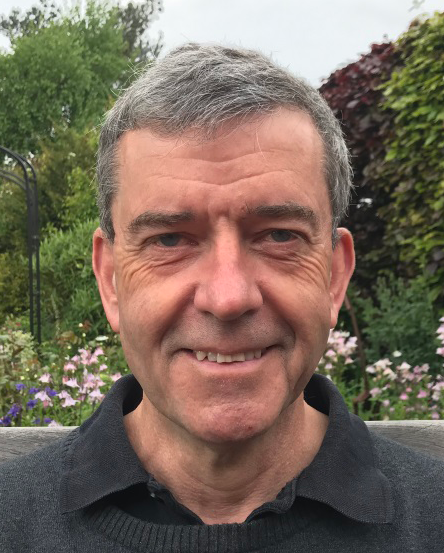 Tim has spent most of his career in education as a secondary and Further Education maths lecturer. He spent 21 years as an elected councillor on Dudley Metropolitan Borough Council, including five as leader. Tim has served on the governing bodies of several colleges, Dudley Training and Enterprise Council and the Black Country Learning and Skills Council. He has a masters degree in Education Management and Leadership and has been a visiting lecturer at the Institute of Local Government Studies at the University of Birmingham.

In 2014 Tim responded to a tweet commenting on the lack of ringing at his local tower, St Michael's and All Angels, Brierley Hill and signed up to the Birmingham School of Bell Ringing. He graduated with his Learning the Ropes level 5 certificate in 2017 - shortly after achieving, with his wife Jenny, the goal of restarting ringing at Brierley Hill. Tim went on to completing his Module 1 and Module 2 training and is now working hard on developing the local band. 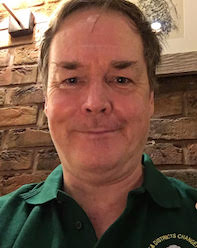