So, why bother to use singles when three bobs are all you need to achieve an extent? There are two reasons. The first is the variety it offers and the second is the value in teaching. Using only Bobs there are just 4 standard 120s. There are a further 4 extents using only Singles, and 4 more using both calls meaning that it’s possible to ring a quarter peal with no repeated extents making for a much more interesting time. The callings are very straightforward. For Singles only, call any bell to be unaffected (making 2nds) three times. For both calls, call any bell unaffected 2nds with a Single and unaffected long-5ths with a Bob every time it is in either of these positions.

Now to the teaching benefits …

The traditional way of teaching someone to ring Plain Bob Doubles is, once the plain course has been conquered, the learner is told there will be a Bob every time they make long-5ths, but they’re to ignore the call as it will not affect them at all. What tosh! Of course it affects them. They are used to long-5ths being over two other bells, ABAB, yet now it is ABBC. Then, on their journey back down to the front the bells pop up in an unexpected order. The luckier ones will weather it and move on swiftly; for others it has the capacity to be a highly demoralising experience. Their teacher and other band members insist it will not affect them and it should be easy, yet they struggle with it.

Using Singles makes effective use of prior learning in this new step. The learner should be comfortable with trebling to touches, and ideally will have rung one or more quarter peals on the treble.They thus have the established ropesight skill of picking out new sequences of bells to take them from lead up to the back. If a Single is called while the learner is making 2nds, the coursing order shift occurs above them, and after leading again their established ropesight skill can be used to pick out the new sequence of bells. If they stumble over the 3-4 down dodge, I would stop and discuss what happened. As I value enabling people to succeed rather than keeping on trying and failing, I might even ring a few exercise touches where we get as far as the first Single and say stand just as the 3-4 down dodge would occur, with the aim of reinforcing the confidence that they CAN use their skills to navigate through an altered coursing order, before then proceeding through the dodge.In fact, I often say “Stand” midway through something and repeat just a section. I really do not understand the custom that during a practice, everything has to start and end in rounds and be a true touch.

Another benefit of using Singles in Plain Bob Doubles is that if you teach learners to ring touches where they are affected by both Bobs and Singles as a matter of course, it introduces the Single very early on in the learner journey. This neatly avoids the trepidation that too often accompanies encountering Singles for the first time in Plain Bob Minor or above. I have seen so many adult learners in a state of panic at the thought of having to make 3rds at a Single and this unease can persist long into the journey into advanced ringing.I have known many who’ve been completely fazed the first time they’ve encountered a Single in Surprise. On one occasion I took part in a Singles-only quarter of London Surprise Minor which needed several starts before the band could all cope with the calls! 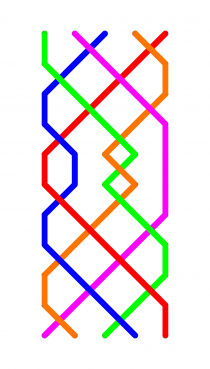 A Single in Plain Bob Doubles 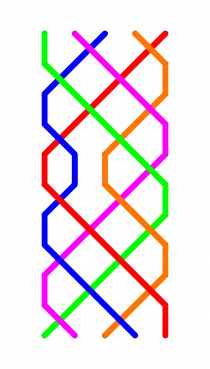